While studying and living in Shanghai for one semester, I was able to expand my knowledge of China and its culture, society, and politics as well as strengthen my intercultural and Chinese language skills. The experiences I made mainly revolved around the academic and personal sphere.
At Fudan University, all my classes were taught in English by both foreign and Chinese non-native English-speakers; I did not know Chinese well enough to take courses taught in Chinese. I appreciated the highly international student body and the multitude of perspectives that students from different backgrounds contributed to. I learned most during classroom discussions, breaks, and outside the classroom.
On a personal and non-academic level, I found Shanghai both exciting and challenging. My everyday life looks much different from what I had ever experienced before. The language barrier forced me to be creative and learn Chinese even faster. On the other hand, sharing the interest in China and its people helps one make friends in such a cosmopolitan and fast-paced city. I enjoyed my experience in China immensely.谢谢，中国！

When we talk about China we think about one single country. One mass of 1.3 billion people, speaking Chinese, eating Chinese food, being Chinese. But China is different. I can say that I have never observed such a complex identity among a single people. When I talk to Chinese teachers and students alike and ask them about their hometown or even province, it feels like talking to people from different countries. One should keep that in mind when visiting China – one place can never tell you about the rest of the country.
I am spending my semester in the cosmopolitan metropolis of Shanghai. I think Shanghai is that facet of China that conveys the image of quick development and consumerism the best. I am studying at East China Normal University (ECNU) and I’m partaking in the Global Curriculum Program (GCP). Apart from my language classes, I am visiting English-taught courses on Chinese politics, economics, and civilization. Most of the international students on campus are U.S.-Americans and Canadians and that is reflected in the way the courses are taught (when talking about China’s foreign relations it is usually about China and North America, for example). My Mandarin teacher helps us in not only learning the language but also in getting a grasp of the Chinese culture. Outside of classes; together with different friends I visited cities like Beijing, Nanjing, and Suzhou, and of course, explored Shanghai. I have visited talks on China’s future and on social intelligence as well as various museums and cultural sights and met interesting people from all over the world. Living in this one small part of China has left me with many questions about the rest of it.

My time in China has been quite an adventure. I decided to spend the fall semester of 2014 at the prestigious Fudan University in Shanghai. During the course of my stay; I explored some parts of the country, familiarized myself with the people and learned Mandarin Chinese. I also met many other interesting people from all around the world, most of the students who also took the chance to spend part of their university studies in the Middle Kingdom. I have gotten to know the heat and humidity present in Shanghai in late summer and early fall and painfully had to learn how unexpectedly and quickly the temperatures can fall beginning in November. I experienced first-hand how quickly this city changes, exemplified by the countless construction sites all around the city and the quick pace with which even our neighborhood changed during my stay here. We learned what a popular device a stamp is in this country’s bureaucracy and had to wander from office to office in order to get those stamps onto our documents. Although I was initially surprised that China’s political regime was criticized in some of the classes (e.g. it was openly called an “authoritarian regime”), it became clear later on that there was not much more critical debate coming up. I had a wonderful time in China and can only recommend to anyone who would like to live in a society so different from the Western one and who is not afraid of getting out of one’s own comfort zone to come and visit the Middle Kingdom. 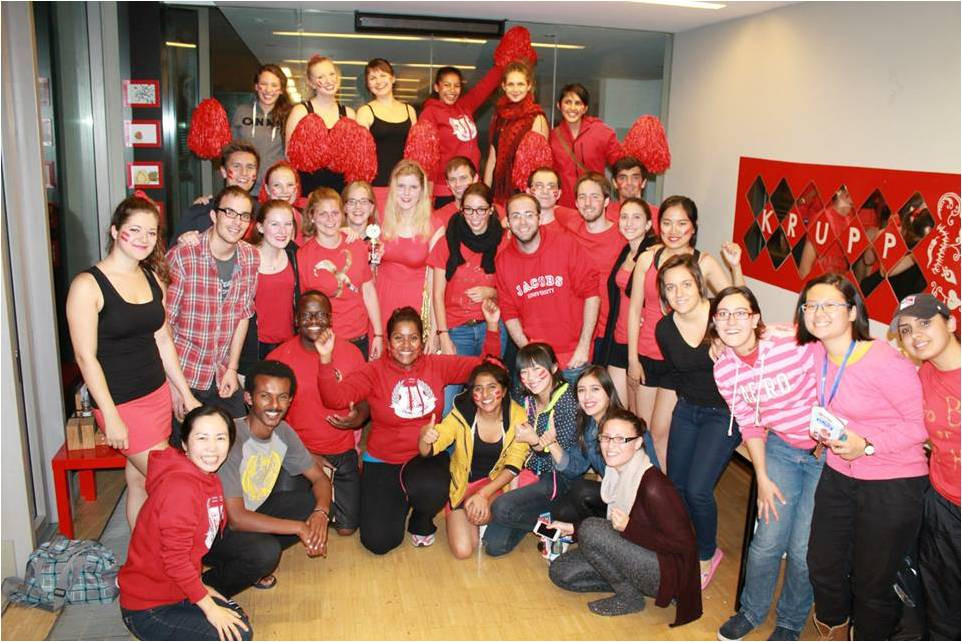